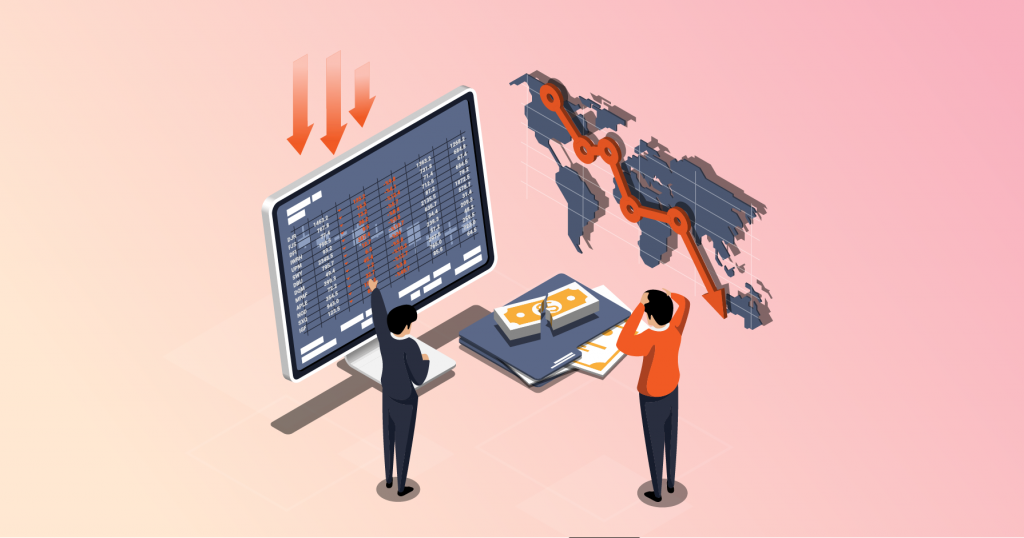 In August 2022, India’s trade deficit reached an alarming $27.98 billion! More than double what it was a year back. Apart from this, India’s forex reserves have also taken a hit. It has declined below $561 billion as of August 26, 2022. How will this impact the Indian economy? Let’s find out.

August 2022 has proved to be the most alarming month of the year. Several crucial numbers came in unison, and the result is problematic.

A trade deficit is a gap between high imports and low exports.

Apart from this, Indian export growth has drastically slowed down. 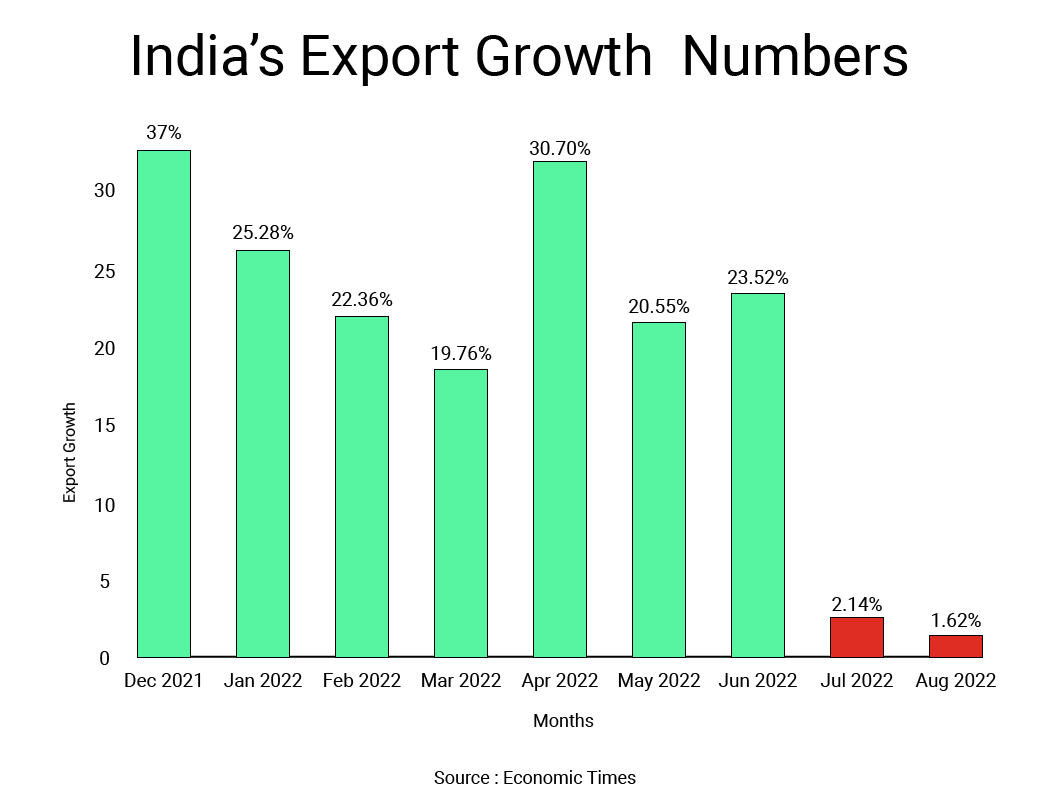 Export numbers are drying up while the imports are gradually increasing, which will pressure the country’s current account deficit.

The story does not end here.

We all know the US Dollar is strengthening. The Dollar Index – DXY is on a steady bull run. When the US dollar strengthens, the value of other currencies depreciates.

We had covered why this happens in one of our previous feature articles – Click here to understand the concept better.

So, to shield the Indian rupee from further depreciation and volatility, RBI has been aggressively selling US Dollars from its foreign exchange reserves. In August 2022, RBI sold $13 billion to keep the Indian rupee stable at Rs 80.

According to the Times of India, India’s forex reserves have fallen to a two-year low of $550 billion from a peak of $642 billion in October 2021. The decline in forex reserves and a pick-up in imports have meant that this pool is adequate to cover about nine months of imports. 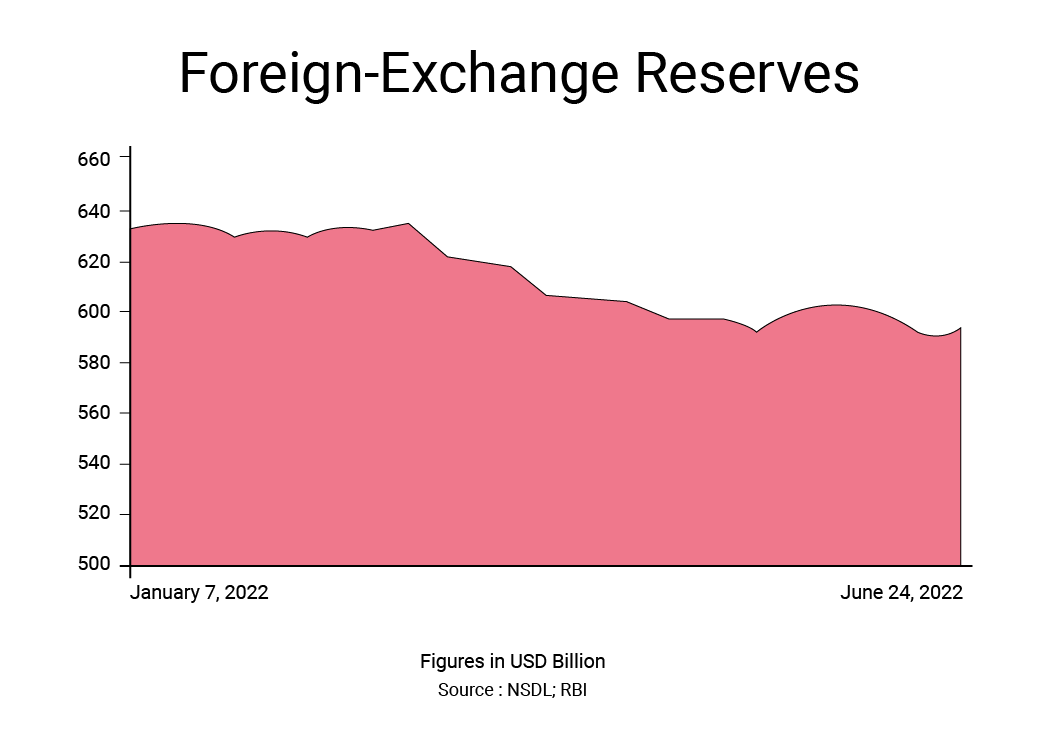 What Initiative is India Taking to Save India’s Forex Reserves?

Russia’s Petersburg Social Commercial Bank (PSCB) have opened an account with India’s Yes Bank and has taken the lead in facilitating rupee-rouble bilateral trade that seeks to bypass the US dollar. This will boost uninterrupted cross-border business.

Economists have always believed that if a country’s trade deficit continues for several years, it will negatively impact the economy. Eventually, it will affect the growth rate and employment opportunities as well.