Home » Feature Articles » Israel-Palestine Conflict: How Will It Affect India?

Israel-Palestine Conflict: How Will It Affect India? 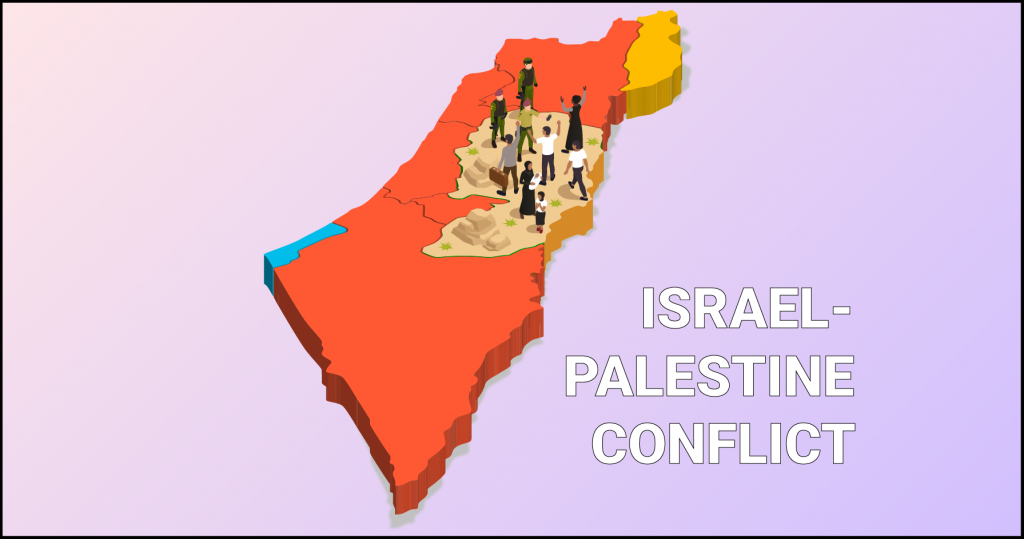 The Israel-Palestine conflict is one of the world’s most enduring conflicts with almost a century old history. Recently, the tension between Israel and Palestine has been rising again. Let’s find out how this conflict will affect India.

To summarise the concept, within the west bank, there are small regions where the Palestinians reside, and the rest of the west bank is surrounded by Israelis.

The next important region is the Gaza strip. This region is another region where the Palestinians reside. Initially, the Gaza strip was under Egyptian military rule till 1967. Later, the Egyptian government declared that they did not consider Gaza a part of Egypt. On the other hand, Israel did not allow them to return to their former homes. This turned many of the Gaza Palestinian refugees against Israel.

Since that day, there have been back-and-forth conflicts between Gaza and Israel. Last year in May 2021, Israel launched air raids on Gaza, and now in August 2022, the tension is blowing up again.

To protect Israel from Gaza’s airstrikes, Israel has created an iron dome! It is an air defence missile system which destroys all the approaching air missiles as soon as it intercepts the iron dome. It has an 85% success rate! Well, that’s indeed a great invention.

Let’s move ahead and understand how this conflict will affect India.

Impact of Israel-Palestine Conflict on India

During the Kargil War, India had turned to Israel for help. Israel provided India with various ammunition like an unmanned aerial vehicle (which we today call a drone) named ‘Searcher’ and many more. Israel was one of the few countries to help India directly.

Even though India imports most of its defence equipment from Russia, Israel is also a major contributor.

For a very long time, the Indian agriculture sector has significantly benefited from the technology of Israel. Hence, India has signed a three-year work program agreement with Israel which will substantially improve the productivity and quality of horticulture and help Indian farmers.

Israel is a leader in diamonds. The Israel diamond exchange is the largest diamond trading floor in the world. Almost 50% of Israel’s trade activities with India are in the diamond industry, which amounts to about $1.5 billion annually.

Many Israeli companies have been established in India. These companies are:

Because of the ongoing Israel-Palestine tension, the supply chain of Israel will indeed get affected in terms of the export of defence equipment and diamond exports. This will, in turn, affect India and all the other nations that depend on Israel for imports.

That’s it for today. I hope you found this newsletter interesting.

Don’t forget to share this article with your friends!