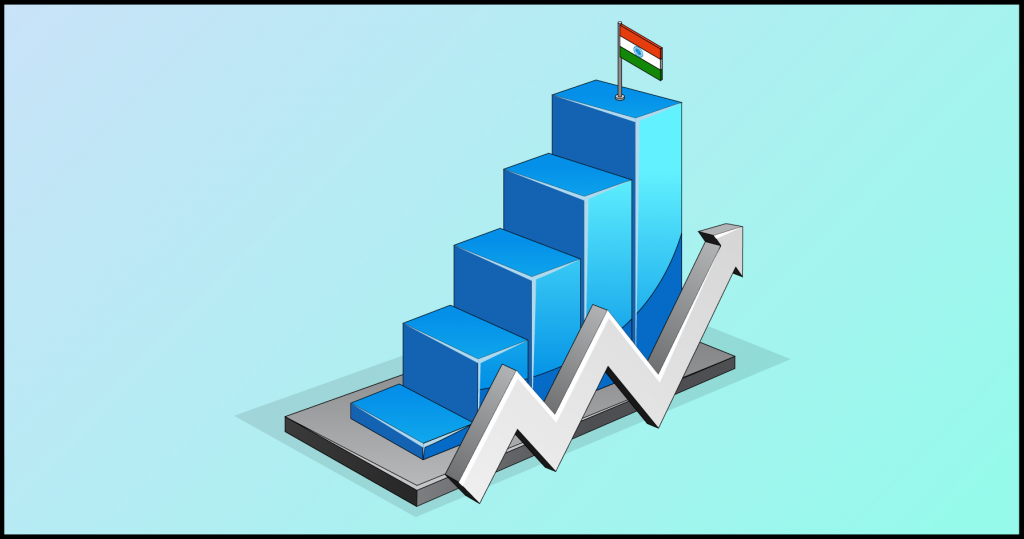 In the last few years, many incidents have slowed down the growth cycle of most countries in the world. These incidents were none other than the outbreak of the COVID-19 pandemic, the Russia-Ukraine conflict, and soaring high inflation in major countries, including India.

But, one leading economy is slowing down faster than others. This country is none other than China!

Let’s find out, while China is amid an economic crisis, how will India benefit in the process?

China, the second largest economy in the world, is walking at a snail’s pace. While the rest of the world was already worried about rising inflation and rate hikes, China was all caught up in its problems.

These problems were the fear of the collapse of China’s banking system and property sector, record heatwave, drought, electricity shortages, and whatnot! All of these have led to a lot of problems for China.

Looking at this scenario, Moody’s, Nomura, and Goldman Sachs have lowered China’s GDP outlook for 2022.

A Slump in Banking and Property Sector of China

The problems that China is facing today were rooted back in 2008. Back then, to boost China’s economy, the government had given implicit guarantees to give out credit. This credit was majorly rolled out to the real estate sector, making property prices hike. Now, if we see a slump in the property market, it is evident that the banks would suffer too.

Companies Moving Out of China

The Japanese automaker Mazda reported an operating loss of 19.5 billion yen ($144.4 million) for the first quarter of its financial year. The company had to face such losses because of constant lockdowns in China.

Another Japanese automaker, Honda Motor Co, shut down domestic production for 11 days in April and May. This led to a staggering operating loss of 19.5 billion yen or $144.4 million in the first quarter of its financial year.

The unemployment rate in China hit a record high of 20% in July, and the worst is yet to come as big companies are taking a step back from China!

India has been trying to become the global manufacturing hub, and this could be a golden opportunity.

Apple Inc will start manufacturing its iPhone 14 models in India to diversify its smartphone production from China. If more companies begin to do the same, India’s potential to be an alternative manufacturing hub will be huge.

That’s it for today. I hope you found this newsletter insightful.