An aviation sector is a tricky place that’s heavily regulated and not easy to run. A lot of airlines have entered this market valiantly but then exited with deep losses in a few years. The big question now is will Air India and Akasa Air fly high? 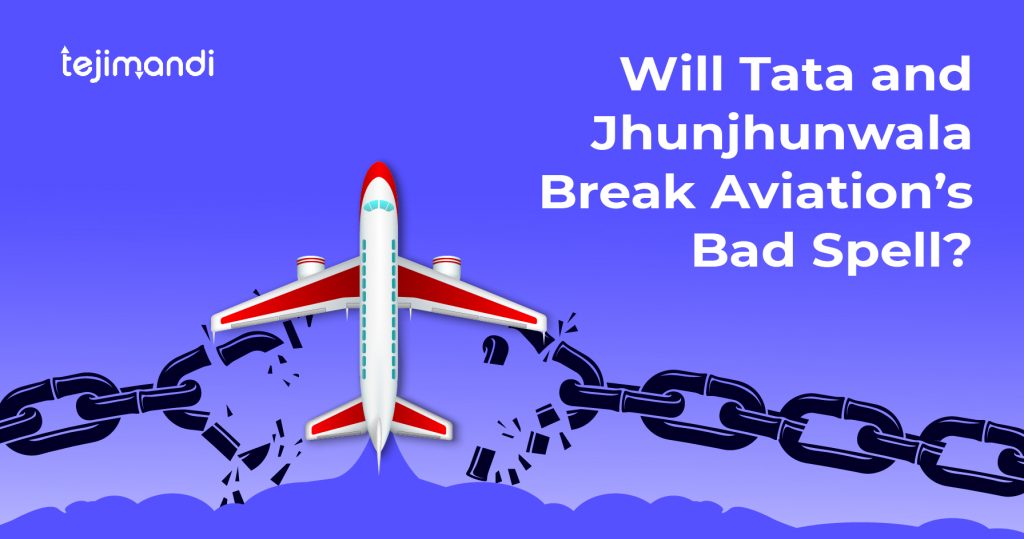 The Indian aviation industry is one of the toughest markets in the world. The shutdown of Kingfisher Airlines and Jet Airways are examples of how a million-dollar aviation business can turn into ruins. Tatas’ re-entry with Air India (AI) and Rakesh Jhunjhunwala’s new Akasa Air has brought the aviation space back on the investment map. Post the COVID-19 outbreak in 2020, the airlines suffered deeply. While IndiGo is trying to get back in shape, SpiceJet is reeling with debt. The losses are expected to extend due to high taxes, intensifying competition and a rise in fuel costs.

According to rating agency Crisil, three Indian airlines (IndiGo, SpiceJet and Air India) are expected to post a record loss of over Rs 20,000 crore in the current financial year because of the Omicron wave and higher aviation turbine fuel (ATF) prices. In January, the flight movement fell sharply due to the rise in Omicron cases. This will undoubtedly affect the earnings of the airlines that are already drowning with so many obstacles.

The airline tycoons were expecting relief in tax on fuel, but nothing came through. Ronojoy Dutta, CEO of IndiGo, had earlier mentioned that the government needs to reduce indirect taxes on the sector. He asked the government to bring ATF fuel under GST, but that did not happen.

What About Air India and Akasa Air?

The new private Air India and Akasa Air are seen as positive entrants. These two pose a great threat to IndiGo’s business, which currently commands over 50% market share of the Indian aviation industry. Investors will closely watch Air India’s resurgence and Akasa Air’s services. Air India is already a big name. It will predominantly be an international carrier. But the biggest challenge for AI will be its aging fleet. If AI wants to attract millennial passengers then they need to make tough decisions on their customer service and aging fleet.

Meanwhile, Akasa Air will be judged for its services and operations. It’s not easy to survive in this business and make money. Akasa is a newbie airline that will have to really keep its costs down. So far, everyone’s excited about Jhunjhunwala’s airline.

If Air India and Akasa Air have smooth operations and low expenses, then they can make profit in this cut-throat market. Otherwise, history will repeat itself. For now, IndiGo looks to be standing straight, it’s SpiceJet that’s treading on thin ice.